Investing in a statewide network of public and private lands

Do we want to bulldoze and develop what is left beyond the boundaries of our parks and preserves? In Florida, the alternative is protecting the Florida Wildlife Corridor. The corridor is nearly 18 million acres (almost one third of the state), of which 10 million acres are already protected and 8 million acres do not have conservation status. The unprotected land is what we are fighting for. Most of the unprotected gaps in the Corridor are private working lands – ranches, groves, farms and forestry – that are crucial for conservation but all at risk of being lost to development. 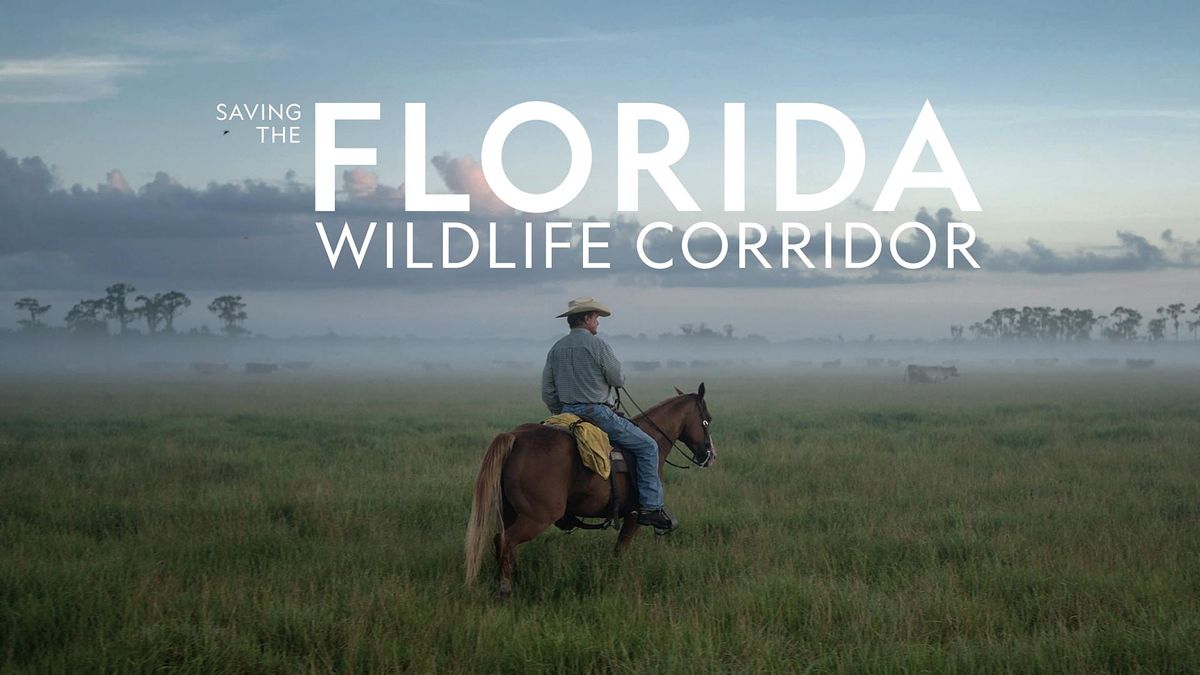 In June of 2021, the Florida Wildlife Corridor Act was signed into law with unanimous bipartisan support.

The legislation formally defined the Florida Wildlife Corridor and since inspired more than $800 million in public investment to help protect the state’s vast network of public and private lands which support both wildlife and people. The state investment in the Corridor helps purchase priority conservation lands to expand existing state parks, state forests and wildlife management areas. It also funds conservation easements, which buy the development rights from working farms, ranches and forests to ensure that working lands are conserved. 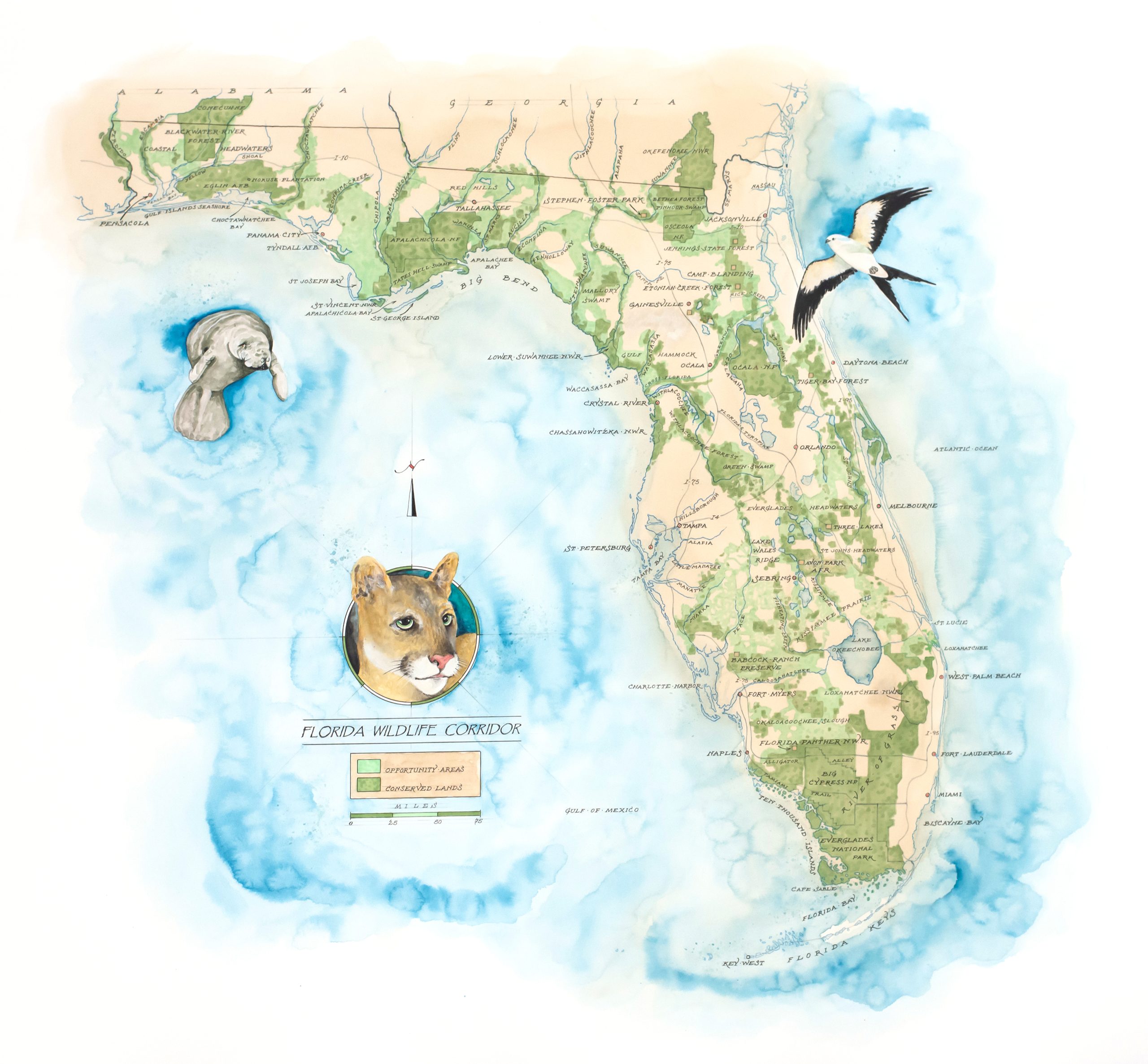 The protected lands of the Florida Wildlife Corridor are a place where our collective missions intersect. Land conservation successes within the Corridor help ensure the long-term survival of many species, provide life support systems for Florida’s cities, improve the health of our waters, and protect Florida for future generations.

We work with state agencies and partners to photograph the pieces of the Florida Wildlife Corridor that have been approved for protection by the Florida Forever Program since September 2021. Photographs of the newly approved properties within the corridor are used to create social media toolkits that share and celebrate these successes. Please use these toolkits to share with your audience!

The Florida Wildlife Corridor relies on and continues the decades of work by numerous scientists and conservation organizations that determined the need for landscape-scale conservation approaches, and specifically corridors, as a way to address habitat loss and fragmentation across Florida. These decades-long efforts brought into play the right combination of people, need, and opportunity, resulting in arguably the most ambitious landscape conservation plan of any U.S. state.

Sign up for the latest updates from the field and our campaigns.